Wow - that was a great show and an interesting audience. I've never ever saw so much different people from different countries with different styles on a concert. From Drum and Bass Heads, Metal rocker, Electro scene, Emos, Punks, Spanish, British, American, French and so on to freaks like me. However: It was hot in any case and nearly everyone was wet to the skin and the ex Helmet funky drummer, John Stainer, kicked their asses. Battles are a must see dedicated live band and the only thing which sucked was the non-existent air condition.

I've took some photos with a Nokia mobile phone from behind the speakers but my photos can't express how great it was because it was simply put fucking awesome. 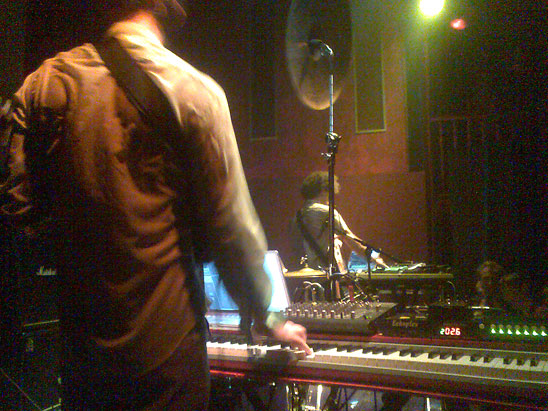 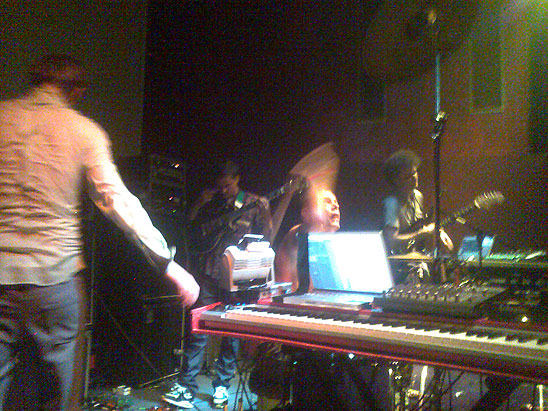 I guess it was a Thursday when we've planed to go to Rügen spontaneously, which is in the north east of Germany at the Baltic sea. I've never been there until this weekend. It's a nice place and I was impressed about the size.

I was bored again - and you know it's a lie but I was in the mood to change the look and feel in my four cornered room, so I've painted over my testing canvas.