Last weekend Sophia came from Krakau and stayed at my place. We went to an exhibition of - i can't remember it exactly - something like polish and german relationship whatsoever. Emilka and her won some prize for their documentation and that's why we got there. It was a nice little brick house gallery in »Mitte« and very cozy.

Julia, a good friend of mine told me about a party so we went there with 4 other polish girls. However, karaoke is not exactly what we liked so we moved to another place. I mean, the other place was dead but for somehow we liked it to dance as the only ones. Funk, Hiphop, Riddim, Reggae, Arabic folk like stuff, ... and yeah, we had fun.

I should post some pictures - but some of us were really drunk - but it's not really fair ;) So I post a shitty pic where you can see my drunk state and not the others/Emilka ( encore une fois! ) :D 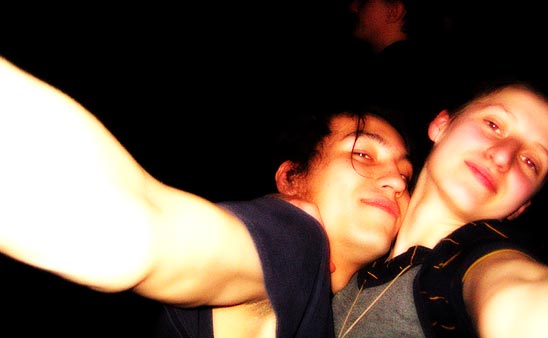 Too bad you can't see her wonderfull dreads on it!

And last but not least a picture with Sophia ;) 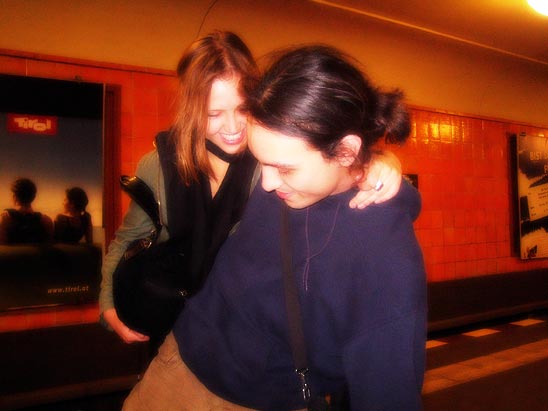 And because of such »images« a friend called me a womanizer that day lol - Anyhows! Have more fun - be a hedonist and don't smoke ganja when you're still drunk!