Yuck Fear, that's fun! So here are some stories from back then,... 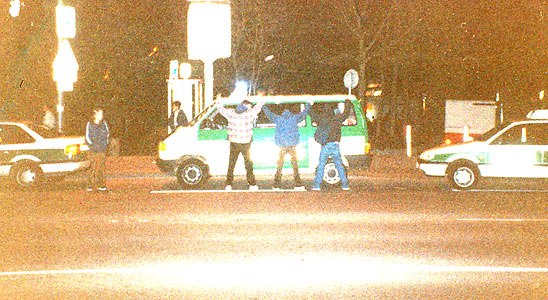 13th floor party in Hamburg.
The music was too loud and some neighbours called the cops. First time they have been showing up, they told us to turn the music down, otherwise they have to confiscate it. Orite, so we turned it down for a while, but the cops came back, so I went to the boys in blue and said to the one guy in front of his partners, that he's a cute guy and I like to fuck with him, because I guess I have been fallen in love with him. Haha, he blushed and didn't know what to say and everyone start's laughing bout him. Haha, damn peewee cops ;) 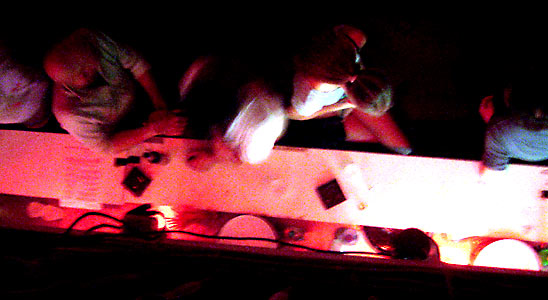 Some party
Cops came again because of the music, but damn, this chick was hot, so I've told her that I like women dressed in uniforms, Ã¢â?¬Â¦ Yeah, I'm a Japanese and damn,Ã¢â?¬Â¦ wouldn't you like to have a drink with me? She didn't like it. She started to complain bout her uniform means something, she's a cop! Stop it! Damn chick, so I told her that I will rock her the other day, so there is absolutely nothing to be discussed. We will fuck! Haha and then I had to run, because her partner didn't like it as well :p 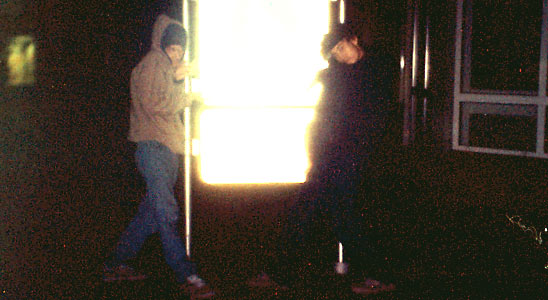 On the streets
Some night I strolled down the street with my man Soner and then a patrol stopped and wanted to see our ID's, so we handed dem over. So, the headquater told em we are well known writers and so they checked out our bags and found Soner's blackbook.
AGAIN: You think you are hard, don't you? I tell you what: you're a weak little boy and if you like to, I'll beat you up lil pussy. C'mon show me that you're a real man and fight against me. Try to hit me you crybaby! You're acting like a chief, but cha still a little boy in a uniform. He has blushed also, because he was too upset. His partner told him to stay calm, but I've fired one after the another diss. Finally Soner shouted at me to keep my mouth shut, but damn, I was drunk and asked him also: R you a pussy or what? This fuckface is younger than me and wants to give me orders - fuck that!

Resume
I'll do it again and again, because it's fun! I respect people for what they are but not for their uniform or reputation. However, if you try to do it also: be aware of, that most of you friends won't like it, because you're a troublemaker. However don't treat cops with respect because they are just cops. If they try to acting superwise, mess around with dem!

we did a wall today and here's a snapshot of that action ;) and another one...

Sunday melancholy When I was much younger than 21 (note: I'm always 21), we went out and had fun. We had no money, no nothing but fun and time to do what we liked to do. We've met a lot of cool people, drank